Ana Silverio, The University of Texas at Austin

The Approach: In my previous post, I explained how important small fishes are to the food web and how their new found interaction with Gracilaria vermiculophylla came about. Now, measuring something such as diversity and abundance may sound confusing but it’s as simple as one, two, three!

Abundance is the number of individuals per species in an ecosystem and relative abundance is the overall evenness of those individuals. Diversity is more of a measurement of variation or how many different species are counted in a designated area/habitat.

Now that we understand what we are measuring… what’s next? As mentioned before, the Charleston harbor has been introduced with an invasive species of seaweed, but it has served as a home for the juvenile fish. To measure diversity and abundance we have to take samples from two different sites affected by this invasive species. Luckily, it’s a short stroll over to Grice Beach behind our marine lab to find a section of Gracilaria with 20% coverage for our sparse site and one with 80% coverage for our dense site. After establishing our sample sites, we take a 15-meter transect which we will pull our fine-mesh seine net through at about knee-deep water. We quickly but gently pull the net up to the beach and start sorting through our samples placing the fish in a half-gallon jar while discarding any invertebrates. We repeat this at our second site and voilà we have our samples!

Are we done yet? Of course not! Once we collect both of our samples from the different patches of Gracilaria, we take them back to the lab to set in preservatives for about a week and begin the sorting process. While we sort each jar, we try to identify each fish down to the lowest classification if possible (in a perfect world we would have all of our critters down to species). After identification is complete, we start our measurements of diversity and abundance by counting our fish. When we are finished counting, we organize our data and use statistical analyses to see if there is a significant difference in diversity and abundance in our two sample sites. We have followed procedures from the past two summers and each time we have sampled this summer to make sure we can compare our data at the end.

And now for the big reveal… Drumroll please! Will we find a difference in diversity? In abundance? In neither or both? Will we finally win a battle against the dreadful pluff mud? Although the last part seems unfortunately unlikely, join me next time to finally find out what secrets Gracilaria has tangled up in the Charleston Harbor!

Special thanks to my mentor, Dr. Harold for his support and guidance throughout this project. Also, to Dr. Podolsky and Grice Marine Lab for giving me the opportunity to conduct this research. This project is supported by the Fort Johnson REU program, NSF DBI-1757899.

Ana Silverio, The University of Texas at Austin

The Problem: Invasive species are animals that enter a new habitat away from their own home and are known for usually bringing about negative effects on natives in the area. Invasive species thrive in new environments when they can adapt to local conditions, and cause troubles in the way it works. With their usual predators not around, chaos can erupt, as they take away from some resources from the animals who call this habitat home (Albins et al 2015). Gracilaria vermiculophylla is a type of seaweed but also an invasive species from Asia and first seen on the Virginia coast. Although it is an invasive species, this seaweed seems to be singing a different song than usual (Nyberg et al 2009). Since it was first seen on the beaches of North America, it has taken a different role by providing a new habitat to local fishes. Gracilaria vermiculophylla is a dark brownish red seaweed with tangled strands that brush up against anything wading through the shallow water. Perfect for smaller fish to hide in. Although this seaweed seems to be bringing good things to the fishes not much is understood about what life was like for them under the waters of Charleston before our new stranger came about so we can’t comment on that part of the story. On the other hand, an interaction is indeed unfolding before our eyes and the story behind our new visitor is a bit fishier than one may think.

Gracilaria vermiculophylla is hard to miss on the shorelines of Charleston, it can be found in patches when the tide dwindles or on the seafloor. Its branches provide an ideal habitat along with a hiding space for juvenile fish during their vital first years of life and increases their numbers (Munari et al 2015). The preservation of these fishes during their early life stages is important to maintaining a healthy food web that keeps marine life afloat. Food is energy and energy is moved up to some of the biggest fisheries in this country from the very bottom of the smallest animals. It is important to know how the bigger fish’s food source is interacting with its habitat to make sure it’s healthy. Understanding how the interaction is working is a key factor in creating conservation plans and maintaining the ecosystem in good health.

This summer, my research focus is on untangling Gracilaria vermiculophylla’s ecological relationships with these small fishes for a better understanding how diverse life is underwater. Replicating a design from the past two summers, I am curious to see the differences in diversity and abundances based on different patches of seaweed and if body size plays a significant role. Will more seaweed correlate with more diversity? The past two summers revealed some common patterns between fish diversity and patterns of seaweed patches but also some surprising differences between the two field seasons. Will we have a tie breaker this summer? Stay tuned to find out!

Special thanks to my mentor, Dr. Harold for his support and guidance throughout this project. Also, to Dr. Podolsky and Grice Marine Lab for giving me the opportunity to conduct this research. This project is supported by the Fort Johnson REU program, NSF DBI-1757899. 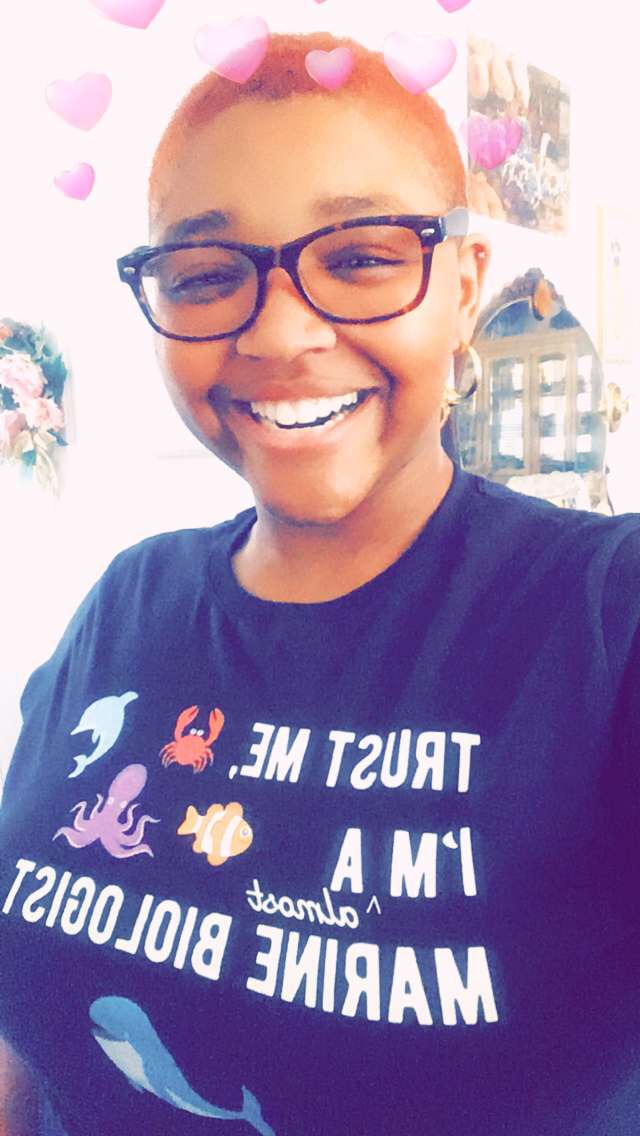 The problem: When you think of superheroes, does the man in the red cape and ‘S’ on his chest come to mind? That’s understandable, but could it be possible that our greatest protectors are embedded in the sediment along our saltmarshes? Well, it is and these potential protectors are known as Benthic diatoms.

Benthic diatoms, plant-like microorganisms, are bioindicators, which means they can be used to determine the health of an environment. In South Carolina, environmental health is crucial to the prospering tourist areas, booming commercial fishing, and overall human health of the year-round residents. Poor environmental health could lead to a decline in economic benefits, decrease in seafood-and-shellfish heavy diets, and the fitness of the human population living in those areas. Benthic microalgae (BMA) are considered to be great bioindicators because of they have a short lifespan, they are abundant, easy to sample, sessile, and respond to specific stimuli (Desrosiers et al. 2013). But the question is can we use diatoms as bioindicators for South Carolina’s various salt marshes? Are they the superheroes we did not even know we had? 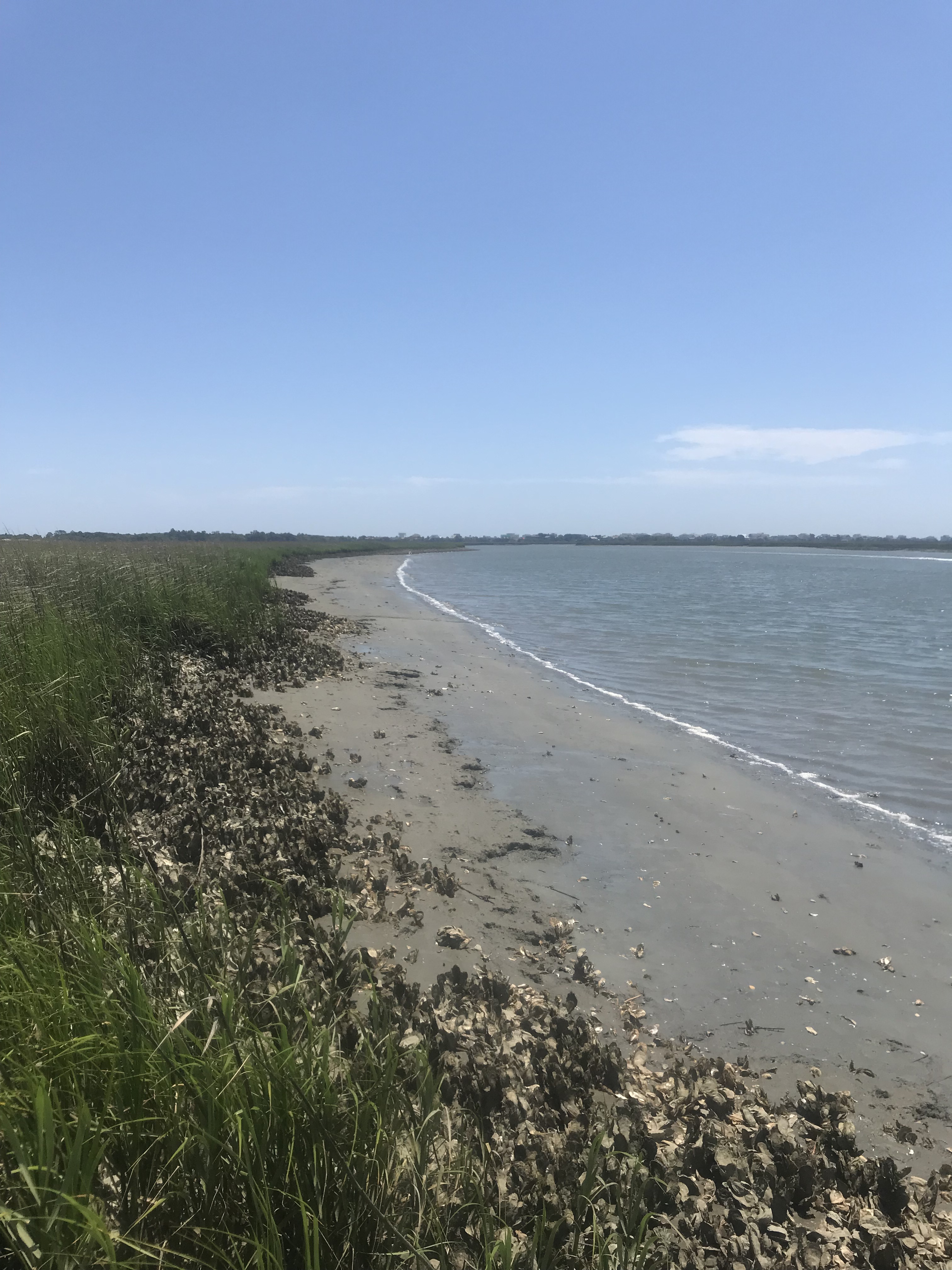 My project this summer consists of sampling saltmarsh mud on at least five barrier islands along South Carolina’s coast to better understand the biogeography of BMA and assess their potential as bioindicators for saltmarshes. Barrier islands are land areas that are now inhabited by humans that protect inland territories from natural disasters.

Whether or not the community structure is similar or different will then be compared to the geographical distance of the sample sites and islands. Looking at the biogeography (geographical distribution of living things) of the BMA community has not been a priority, because we assume “everything is everywhere” (Baas-Becking 1934, as cited in Janne Soininen 2012) when speaking of microorganisms. Hopefully, by determining the diatoms’ community diversity on the islands, South Carolina is one step closer to thriving. 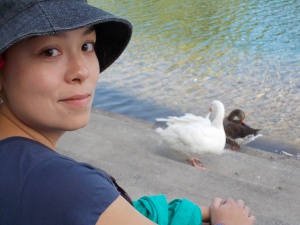 Are you a fan of shrimp? You’re not the only one – billions of people around the world depend on shrimp fisheries and aquaculture for this wonderful source of food. Other predators in the sea rely on shrimp for their daily meals. Here’s the catch: shrimp may not last long enough to make it to your plate. Like us and other animals, crustaceans in general have to deal with so many obstacles that threaten their survival. One obstacle that is not often thought about is bacterial infection. Did you know that seawater is literally teeming with hundreds of millions of bacteria? The only way a shrimp can make it is by using its immune response – the “quick, potent, and effective” way of defending against a huge, microscopic army! Sounds like the perfect shield, right?

Shrimp is a common food source for many people. @Leslie Fink

Turns out that, like everything else in the science world, immunity comes at a big cost. It has been recently discovered that the immune response in crabs and shrimp against bacteria actually has a bad side effect: metabolic depression. In fact, the way the shrimp gets rid of bacteria in its bloodstream is by moving the bacteria to the gills, where it gets lodged and stays there for quite some time. The consequence? The lodged bacteria block blood flow through the gills, and the shrimp can’t get enough oxygen from the water. (Want to learn more? Click here)

Ouch, talk about a double whammy – fighting sickness plus oxygen blockage. One basic question comes to mind: can the shrimp still do what it needs to do while under such metabolic stress? This is where I come in. This summer, I am working under Dr. Karen Burnett in Hollings Marine Laboratory as an intern through the Research Experience for Undergraduates (REU) program in marine biology. We will be testing whether or not a shrimp’s immune response to a common bacteria affects its ability to perform daily activities. The activity of interest is called ‘tail-flipping’ (fancy name: caridoid escape reaction. Want to learn more? Click here)This really fast, reflex-like action needs to be in top shape for the shrimp to survive from predator attacks and to help it during feeding time.

Also known as the ‘tail-flip’ reaction, this response is a shrimp’s primary means of escape. @Uwe Kils

The shrimp species of interest is Farfantepenaeus aztecus, or ‘Atlantic brown shrimp’. This fella is a familiar catch for fishermen throughout the Southeastern US and the Gulf of Mexico. This is the first time that a study like this is going to be done on a wild shrimp species in general, let alone this specific type!

So, can an immune response impact tail-flipping in wild shrimp? If ‘yes’, would the potentially handicapped shrimp be able to survive in its natural environment? We will soon find out!

Many thanks to College of Charleston for hosting my project, Dr. Karen Burnett and Hollings Marine Laboratory for guidance and work space, and NSF for funding the REU program.